Description : My first Q3A map, two different styles included.
Dvd3dm1 is a balanced 1v1 map in the gothic
style. Dvd3dm1-x is an unbalanced 1v1 map that has
the bfg, mega and red armor, it uses the excellent
textures from Iikka "Fingers" Keränen.
Which gives it a tech look.

These maps are mainly for one on one play.
They have a simple layout that promotes intense
one on one action, hence the name.

For nit picky types, if your running Win98 you
might see a few texture glitches and sparkles.
I spent hours trying to correct them, but to no
avail. I didn't see these on NT so it is probably a
driver issue.
It's nothing serious, but it is there.

Credits : Thanks to Iikka "Fingers" Keränen for the textures.
URL-> www.planetquake.com/ikq
Thanks to all the people on the Qboard and the beta
map forum at www.planetquake.com/lvl for all thier
suggestions. Thanks to **email removed**
for his tutorials on arches.
Also, thanks to mhz and predator for testing.

Base : New map from scratch
Build Time : Off and on about 4 weeks
Known Bugs : There are a few texture glitches and sparkles
: in Win98, I didn't see them in NT.
: I tried, but couldn't get rid of them.
: Despite proper caulking and brush construction they : wouldn't go away.
* How to Use *
Extract the dvd3dm1.pk3 into your Quake 3 "baseq3" directory.
Such as "C:\quake3\baseq3".

You may NOT use this map as a base for other maps.

The textures and shaders used in this map remain the property of
their respective owners and were used with their permission.

You are NOT allowed to commercially exploit this level, i.e. put
it on a CD or any other electronic medium that is sold for money
without my explicit permission.

You MAY distribute this BSP through any electronic network
(internet, FIDO, local BBS etc.), provided you include this file
and leave the archive intact.

If any magazines want to put this map on a cover CD, contact me first for permission. 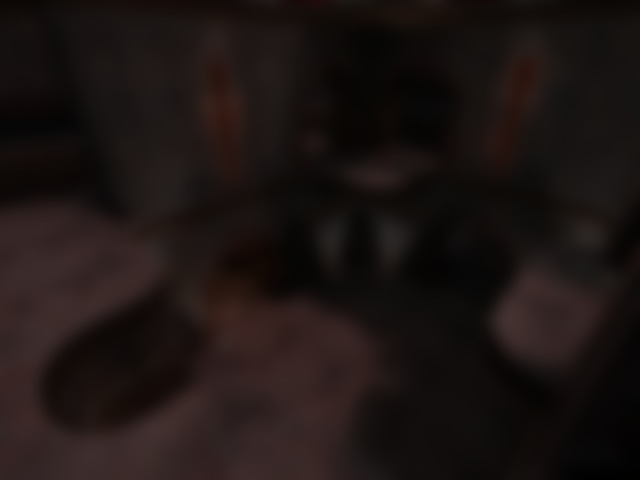