Introduction (starter) map. The very firts place where you enter the planet called Nibiru from the strogg's portal.
An ancient planetar castle built by an unknown ancient race, to observing the planet and it's athmosphere.
There where you should start your adventure, to find out what happened here.

A little church in the middle of a lava filled lake. The church's source is unknown, maybe built by the same ancinet race.
The church is between two stations. One railroad, and a road station.
There you can see a battle event, when the UAC army met the Strogg forces at the road station.
You can also see the abandoned UAC-Curiosity III spaceship's outlines(!) at the athmosphere.

The adventurers divided to two teams and will join forces, to continue the quest and fight the opposite team.
There you can find a chapel between two forts. The chapel built for praying and meditating.
You have to hurry, because above the chapel appears a vortex, which can destroy there everything in short of time.

The last place of your adventure.
This place is a catedral among the mountains. Built for something dark and unknown.
Maybe it also function as a tomb? The ancient race maybe buried something there...
This place is haunted by that dark-demon sources. You must find it (check the demon's signs!)

John Kaleb Admiral: / He has two extra skins /
He is the leader of the UAC-Curiosity III spaceship and the discovery expedition.
After spendig years to discover the planet, fight against the Stroggs, got totally crazed.
The unknown dark force tried to poison his mind. He abandoned his ship, after he lost his crew
and continued the researches alone... He sees demons everywhere!

Colonel Janella Sabando: / She has two extra skins /
She was one of the military leader of the UAC military units.
While fighting against the stroggs, the unknown dark force was succesfully poisoned her mind and controll her movements.

After a long period of time, our solar system's 10th planet called Nibiru, appeared again!
UAC (Union Aerospace Corporation from Doom histories) noticed the planet, which came from the OORT clodus.
They mandated John Kaleb Admiral, to discover the planet on the deck of UAC-Curiosity III spaceship.
UAC also mandated Colonel Janella Sabando to supervision the discovery action.
On the way to Nibiru, Admiral John caught familiar signals which look like emergency signals form the stroggs?

After years of research, the communication between the UAC and the spaceship's crew ended quickly with a danger signal.
After the events, the UAC won't send another spaceship there. They concentrated to the strogg signals.
How they could reach there and from where?
So they lead to Mars again, to find clues.
In a short time of search, found a way portal, which leads to somewhere. Maybe to Nibiru?

When the portal's identity became known, some corporations with UAC, hired adventurers, to continue the discovery.
In the danger signal appears repeatedly the "DEMON" word.
Maybe there is a strong and dark unknow (demon)force, which got crazed the whole planet in the past?
This question will be unanswered. Nibiru is long time (thousands of years) not occupied, nobody could answer for that question...

Your quest as an adventurer is to discover that unknown force, and collet the CUBE'S, with it's rewards.

The original dominant race of Nibiru. They gone for thousands of years.
They built the buildings when the planet was filled with life, until the disaster (dark demon force appears).
Who they are?
Where are they now?
Nobody knows the answers...

You have to increase com_hunkmegs in console by /com_hunkmegs 128 or 256 or higher if it's necessary.

Construction
base: On my own ideas. Some ideas are coming form while build something... That sometimes causes good and horrible things.
Horrible things means extremly big or unplayable maps... failed attempts.
I cut these maps in pieces, and used them to in another maps (us_intro made by failed attempts) to make a good one.

know bugs: Some lagg appears on slow pc-s (if you have slow pc, but have multi core processor, try to enable the SMP /r_smp 1/)
Preventing lagg, I recommend you, to use a 64-bit Quake 3 client (e.g.: edawn,ioquake3)
Bots plays well in my opinion, but they sometimes went total suicide. (e.g.: bots + lava = totally romance / bots + elevators = forever together...)

The results on my gaming rig is very good (no lagg or stuttering), and on my laptos is... maybe medium (us_church is unplayable on it)
So it must be could run on various computers nowadays with high fps number (I hope...) Please follow my prevoius instructions to get better performance on your computer.
On my laptop, those instructions saved a lot of fps!

In version 1d I did some changes in the map sources to improving performance, and reducting the lagg, I hope it works!
In version 1d the VIS works properly on the maps. (You can check by using r_showtris 1 / 0 console command)

build time: About one and a half year of spare time (a bit long time).

Sources / credits /programs used / etc...:
See in the "sources & credits.txt" file
I have to highlight this, for the correct copyrights (I hope it's super correct).
I would like to express my thanks for everything and everyone for the sources and the programs!

This level may be electronically distributed only at NO
CHARGE to the recipient in its current state, MUST include
this .txt file, and may NOT be modified IN ANY WAY.
UNDER NO CIRCUMSTANCES IS THIS LEVEL TO BE DISTRIBUTED ON
PHYSICAL MEDIUM SUCH AS A DVD WITHOUT PRIOR WRITTEN
PERMISSION.

I hope you'll enjoy and like my stuff! Have fun with it! :)
Really sorry about my bad and ugly english...! :) 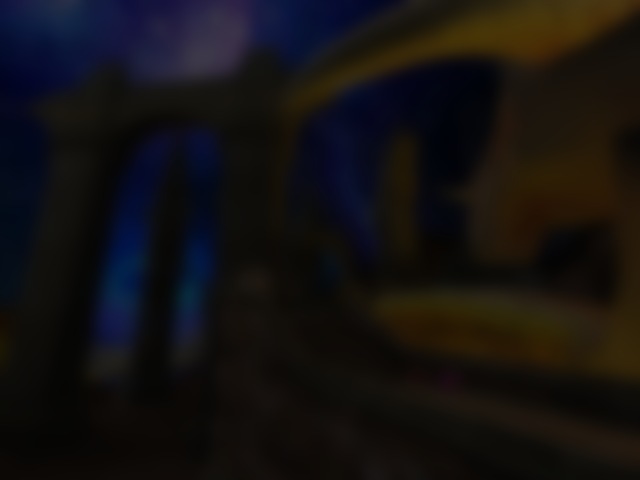