Gameplay Specifics:
===================
Midnight Requiem is a triple leveled space map, with some unusual jump pads placed to let you get around the level, including a pair that send you flying through the middle of the map, and another that sends you sailing *beneath* the map.

Weapons available are plenty of shotguns, rocket launchers, two plasma rifles, and occasionally a single rail gun (with no ammo available for it). Two trains exist on either side of the level, one cycling a powerup, the other switching between red armor and the railgun.

There are only two 25 healths and two 50s, but the 50s respawn instantly. A mega is up top, and there are three suits of armor in total (two yellows and the cycling red). 1on1s on this map are interesting, with a lot of hunting and pecking between levels. Rail sniping can be limited by keeping a careful eye on the rail/red armor spawn, and the lack of ammo for the rail combined with the ultra fast bouncy pads and odd angles makes most rail shots pretty difficult in any event. FFAs are amusing, with players sailing up into the sky and dropping between levels (and occasionally out into the void).

Feel free to play with this online, at your lans, and in any other bizarre manner that's fun for you, but no distribution on commercial cds, thanks.

And don't let the requiem be yours ;) 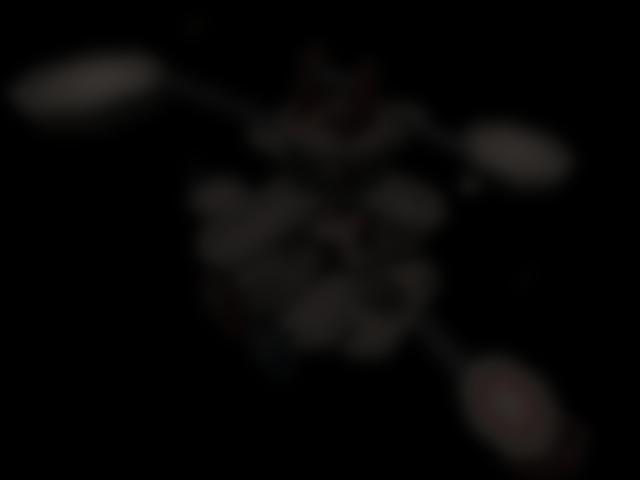