After downloading, unzip pasctf4_rc1.pk3 into either your baseq3 or
missionpack folder. Running vq3, open the game, go to single player,
select skirmish, then go through the list until you find pasctf4_rc1, then
click on it and run with desired settings. Running Team Arena, open the
game, start a server in CTF, One Flag, Harvester, or Overload, and run
with desired settings.

(NOTE: No racism or hatred towards another country / race is intended
here at all. This is a purely hypothetical, fictional story. I also am not
responsible for any accounts of terrorism somehow related to this story.)

An underground factory located in Russia, Excel Industries was used to
experiment with elements for weapons of mass destruction during World
War III. Due to the ground cover above, it was safe from airstrikes.

One day, however, Excel Industries was to discover that they were not
nearly as protected as they thought. During a Pakistani raid party, a
group of men broke through Excel`s defenses, destroying security
cameras and executing workers with AK-47`s. To realize their ultimate
plan, Pakistanis stole any valuable resources they could find, which
they could possibly use for nuclear experiments. The finishing blow on
Excel involved a man activating a toxic gas grenade inside the facility,
strong enough to last for years on end; certainly long after WW3 would
be over.

Many years into the future, when virtual arena fighting became a popular
sport, Excel was detoxicated and turned into a fierce competitive area
for thrillseekers from across the cosmos.

Free For All: No
Tourney: No
Team Deathmatch: No
Capture The Flag: Yes
One Flag CTF: Yes
Harvester: Yes
Overload: Yes

New Sounds: No
New Textures: Yes (EvilLair, Lunaran, some of my own)
New Music: No

Bugs: If the mod is not Team Arena you may recieve missing
texture warnings regarding the rune spawns. You can
safely ignore these as the spawns will not show in
other mods. (Marked with notq3: 1)

- First released to the public.

- Added an accelerator pad in the flag rooms, allowing faster access to the curved 5+ health
walkway.

- Added a door to the higher base entrance to reduce line-of-sight.

- Added a grate above the lower hallway in the flag rooms to allow people to shoot through and
potentially stop people taking the lower hallway. (The columns had to be made thinner in
compensation for this change)

- Centerfield revamped; defined a path for the player with "slime", added columns to reduce
line-of-sight and sniping, made 64 units higher, removed the RG jump pad wells in favor
of more direct jump pads, added grating to the RG beams as an anti-camping measure.

- Changed the MH platform in bases to make it more accessible for inexperienced players.

- Changed the size of the trigger_hurt brush for the flameshooter so it`s less likely to "catch"
players who get up from crouching under it.

- Fixed geometry near the bars in the base.

- Added an oil spill under the flames (thanks subst!) which players can slide under to allow players to pass under it without getting hurt and without losing speed.

- Extended the upper walkway from SG leading from Medkit to Chaingun, to avoid the appearance of "floating doors".

- Fixed an issue with jump pads in mid - it was impossible to get onto them if you fell in the slime, forcing you to swim back over to the side and jump again. This issue also significantly hindered bot performance in One Flag CTF and Harvester. These two gametypes should now play with improved artificial intelligence.

- Increased the light setting of the flames to make them more visually dramatic.

- Changed the fans in the bases to use simpler 2D effects from their former 3D-brush based appearances.

- Changed the rune spawns to use curve patches as opposed to models, to fix an issue with them showing up in vq3. (Thanks MuffinMan!)

- Lowered the ambient light setting by 33%.

- Raised the lower mid doorways so you don`t bump your head on them, as reported by pikaluva13 and some players on #uscpmpickup.

- Increased the speed of the doors to go 1000 UPS, also so you wouldn`t bump your head. Reported by MuffinMan and some players on #uscpmpickup.

- Raised the target_position for the jump pads in the bases so one can air strafe to MH. (Thanks MuffinMan!)

- Lit up the cavernous area behind the glass windows in the bases.

- Added 50+ health in mid unless the gametype is One Flag or Harvester.

- I don`t feel like mentioning any more changes lol.

- The lower tunnels are a stealthy way to get to the flag, but are made more
dangerous in the sense that some of the propane-transporting pipes have
been damaged, causing flames to spew out and significantly damaging
anyone who gets caught in their wake, forcing them to move slowly past
them by ducking or jumping.

- For that reason, I would recommend treating it as a one-way passage -
if you choose to take that path to the flag don`t go back that way unless
you really need to - it will be much safer (albeit longer) to use the less
direct paths out.

- If you can go past the flames, the teleporters in each base are an
excellent path to the flag. Not only is it incredibly stealthy, but you may
also grab a Mega if you pop out at the right time, which could mean the
difference between a successful capture or a total fluke.

- The chaingun is a valuable tool in the more open areas of the map,
particularly the pipe tunnels and central crossing.

Armin Rigo for QuArK, and cdunde / DanielPharos for helping to maintain and update it.

cityy and pikaluva13 for helping test Alpha 1 online, and Maverick for putting it up on
his testing servers.

oranje for putting the map up on #uscpmpickup. 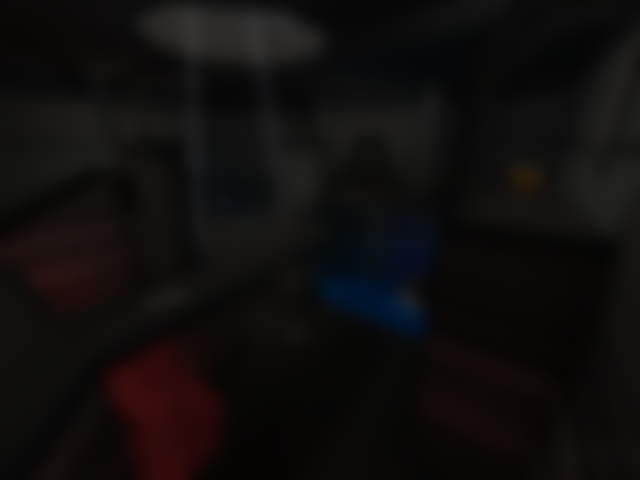