Other levels: Tons of levels for Duke Nukem 3D (see my site, URL above),
one level for Unreal Tournament (MSUT1), two (including
this) for Q3A, one level for Quake (Distractions).

credits: Bubba for tutorials, Quake3World Editing forums for
help, Obsidian for fixing a fatal error, Evillair,
Iikka Keranen, Steve DuBe, Mapcenter & Sock for
textures, LVLWorld for supporting the game, PJW for
the glass shader, Stecki for the teleport model,
Jami "Fename" Uusitalo for helping me test the map.
I also took some sounds from GONNAKILLYA!'s great
map "Bad Mojo" (the sounds weren't his, however)
and one texture (snow ground) from sedric's ColdWar
(CTF). Thanks Duke3D community (amc.planetduke.gam...m/smf/index.php)
for keeping the greatest FPS ever alive! Thank you
for playing.

"To the people I forgot, you weren't on my mind for some reason
and you probably don't deserve any thanks anyway." -Eminem

description: Quite big deathmatch level for Quake 3 Arena. Recommended for
at least five players but more is better. Plays well in TeamDM
but may be a bit too big for Tourney. Bots play pretty well
(Nightmare recommended).

All weapons (except BFG), Quad, three armors and a megahealth
are available. There's a box of BFG ammo (there used to be a
BFG) but I didn't notice it until the very last test run and
by then I was too tired of compiling the level again just so
that I could remove one box of ammo.

There are two versions of the map in the pk3 file.
"Lifeline" is the standard version and "Lifelinesnow"
is something I decided to do at the last minute before
releasing: a winter version of the map (affects only
skybox & ground textures). I just had to do it: I've
been fascinated by Ice Age themes and snowy maps ever
since I saw Sonic snowboarding down a mountain in Sonic 3.
In case you like winter themed levels check Timeline 2:
Iced Earth single-player mod for Half-Life.

how to play: place lifeline.pk3 in your q3a\baseq3 folder,
start quake3arena, use Single Player-Skirmish
menu or Multiplayer menu to play.

This is my second Q3A map. I released a small tourney map back in 2003
("MStourney 1", available at LVLWorld.com & Tikidomain). Work on this one
started quite spontaneously: I was messing around with GTKRadiant in March
2008, trying to see if I could do something for QIV, and as I was listening
to Sash! (a European DJ group) I had this vision of a Q3A map with a simple,
futuristic look (and Evillair had just the perfect texture set for that).

The map started as a tourney map. I had a specific plan in mind but once
I started working on the outside area I scrapped the plan and started
expanding the level. For example, the tourney version didn't have the grassy
lawn (there was supposed to be a void there) and the upper section was not
accessible. The second, smaller building (I originally wanted to make it
look like the Clinton Presidential Library) was also added later.

I think the level's simple architectural style combined with Evillair's "clean"
textures and Sock's skybox gives the level kind of a futuristic, clean look.
This is how future technology will look like. At one point I was about to name
the map "Clean Energy".

But as I was working on the map I didn't know much about portals, detail
brushes, caulks or other technical aspects. So at one point GTKRadiant
started giving me "MAX_TW_VERTS (12) exceeded" error which prevented me
from working on the map. Googling didn't help much but Obsidian from
Quake3World.com forums solved the problem. The map had too many structural
brushes creating too many portals so the problem was solved by converting
most structural brushes into detail brushes.

The upper section with Railgun, Megahealth & Quad may be a bit powerful
but at least it's not as powerful as it used to be. It used to have a BFG
instead of MH and you used to get 20 railgun shots instead of 10.

The pk3 file includes the level's map file in case you want to mess with it.

base: Scratch
editor: GtkRadiant 1.5.0
other progs: Arenamaster & Pakscape
know bugs: Some small ones
build time: Started this way back in March but I don't think I worked
more than five weeks on the map. I had a break when GTK
started giving me the above mentioned compile error.

When distributing keep the pk3 file intact and distribute only with this
txt file. If you want to make money with this level I don't mind but those
who provided material such as textures just might. 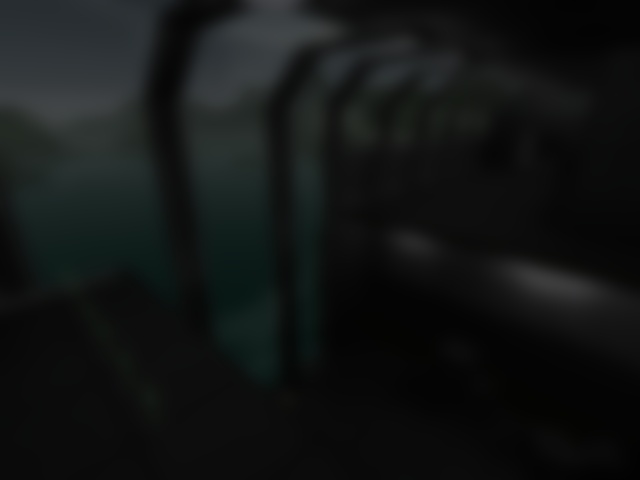