editor: QtkRadiant 1.2.11
other progs: Q3Map2
GtkGenSurf 1.05
Micrografx Picture Publisher
known build time: Should I tell a lie like everyone else and say 4 days?

This is my Second Q3A map - the First one was Timewell released some time ago. This Island was in pre-production when I saw the tiny 'cache' island in the Disney movie "Pirates of the Caribbean" which was the inspiration for this Island's theme. The cursed gold which kept the pirates, in the movie, from their eternal rest is featured here in the treasure chest. As a side note, the gold was fashioned from photographs of real Spanish "Pieces of Eight" which were retrieved from a sunken treasure ship. The island itself was created using a relief map of The Big Island of Hawaii, although it is a much smaller version.

I've always been a fan of the rocket jump so I took it one step further - the canon jump (riding a cannon ball to make a jump) Since Quake doesn't provide for a canon, I had to use a rocket shooter as a substitute. I hope you like the illusion. The huts also periodically explode due to the close proximity of the weapons' ammo to the open flame. The fact this only happens when a player is in the hut is simply a courtesy feature.

Some features of the Island are left hidden for your discovery, so have fun with it.

This level may very well be my last Quake project - I've been seduced by the dark side - The Unreal editor....

Thanks to ... Ken Hull, Tom Dawson and Lenny McVickers whose feedback helped me keep a fresh perspective.

===================================================
Distribution / Copyright / Permissions Copyright (c) 2004 Larry Crandall, **email removed** All rights reserved. Quake III Arena is a registered trademark of id Software, Inc. This level may be electronically distributed only at NO CHARGE to the recipient in its current state, MUST include this .txt file, and may NOT be modified IN ANY WAY. UNDER NO CIRCUMSTANCES IS THIS LEVEL TO BE DISTRIBUTED ON CD-ROM WITHOUT PRIOR WRITTEN PERMISSION. 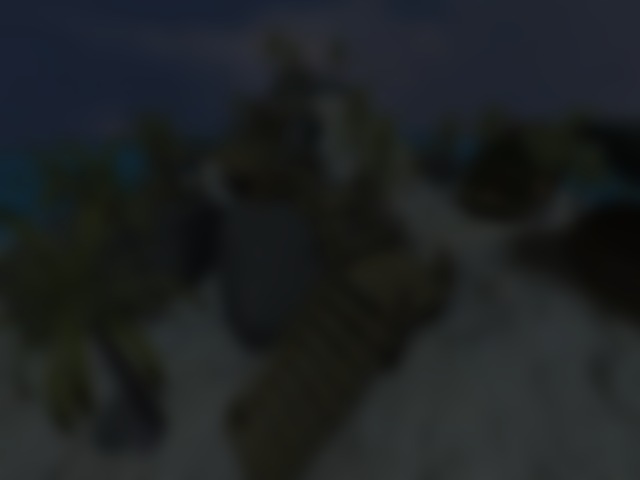