Game : Quake III Arena
Bot support : No. In first place, there was no aas, but for popular reasons I had to add it...
New Sounds : No
New Graphics : No
New Music : No

Mod in Mind : CPMA (map will play much better with promode and pmove-settings)

Editor(s) used : Radiant 2.02
Other Utilities : WinAmp for Inspirational music, Nirvana (Come as you are...), several Q3-movies
Known Bugs : None, well the slime under RG/Mega doesn't hurt you because it's clipped.

Construction Time : Base Level (bo3dm9): One evening/night, after LANs/testing it took a few days with about
3 hours of work per day to this version.
Compile time : What compile time? File was done just after I released the key... ;) (8 minutes)

Comment : Second Version, as the "a" after the name indicates. Extended, better texturing...
Item-set similar to pt4, two ya, one mega but more shards and a gl instead of shottie.
Doors are the same pt4-style (though they (the doors) appear on many other id-maps, too).

I made the map not for the crowd, this is MY map, a map I did entirely for myself. Every detail is
reflecting my playstyle and this is the first map I am absolutely fond of. It plays faster than any
other map I know, though if you're clever, you can hide and flee your enemy quite easily. I spent
much time testing size, flow and movement. Architecture is rather simple, punishing every lack
of concentration and attention towards enemy-movement. Mega room and PG room are death-traps on first
sight, but the two ways out let you a good chance to outsmart and surprise your enemy. Uh, I love this
map.

Hints : * Controlling armors and mega is better than camping the middle room with rg and rl.
* Remember door tricks, activate them with mg to puzzle your enemy.
* Teleporters are very fast, but if you use them, be aware of coming out in front of your enemy.
* There are no secrets in this map, no camping on a high perch, no hidden greets, no nothing.
* If playing promode, primary objective after spawning: get armor.
* Play promode, because map-tactics live from fastswitching weapons. You're right, I love cpma.
* If you're gonna be dumb, you better be tough. 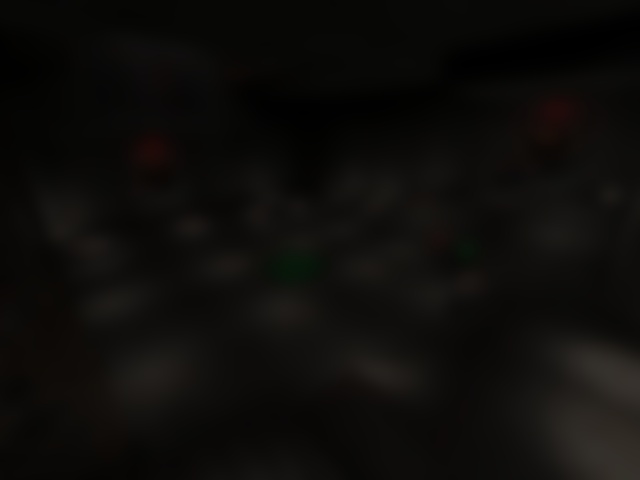