Story: : The worshippers of the Elder Gods are few. Their temples dedicated
to the seven have mostly fallen and lie in ruin, forgotten by time
and to more modern religions. The days of Marduk have long since
passed and the few remaining followers of Enki and the Zonei practice
their rites in secret now, with no known temples remaining in use.
But the Ancient Ones, the opposing gods of darkness and their dark
followers have revived seven of the ancient temples to the Elder
Zonei. They have gathered and are performing many dark and evil
rites under blood red skies, with pools of blood from altars they
use to sacrafice unto dark ones such as Azag-Thoth, Kutulu,
Shub-Niggurath, and many others. They feel as if the gates of the
Zonei should be opened for them to travel at will, and remove the
goodly presence of the Elders and the race of man. Here has been
seized one of those temples, the fires burning in the skulls of the
worshippers of the Elders, the blood pouring forth from the altar
and pooling into a large holding pool from where the ancients can
be raised...Their rites almost completed, the first gate is opening.

Description : This map is my first Q3 release to the public, I have been
working on it for a few months, on and off, maybe more, and its
based on the Simon Necronomicon 1st Gate, the Gate of Nanna called
Sin. Its a temple. I've been spending most of my time working on
the lighting for this level, and I think I'm there. I included
a new mapobject, the Grimoire from the QuakeCon 2001 Mapobject Model
contest Dissonance set by HyPer. I've added the background music from
Avrigus, a loop and intro from Desolate off The Secret Kingdom. Its
in a separate pk3 file for convenience. And as a surprise to the
public, I'm even including a CTF version ;)


Additional Credits to : ID Software for creating a game that gives us SO much creative
freedom and drives us to unimaginable places. All the Sailor Scouts
for their support and friendship! The remnants of Urban Legends
for their support. Noko for the kickass regal carpet textures.
Trey Azagthoth from Morbid Angel for inspiration and use of the
Morbid Angel Blasphegram. Hellchick from Vox Feminae over at
www.planetquake.com/voxfeminae. Simon from Avrigus (www.avrigus.com)
for dealing with my babbling about my ideas. Avrigus's music
for providing the backdrop of my working environment, great stuff!
JT, Anax, and Whitezone for alpha testing the layout. Anwulf
for giving me the most crucial of advice tips and fixes. Toddg33
for all the help with the mapobject learning process. Dark Horizon
for being an inspiring force (I want that skin!!!) Nicodemus for
actually skinning the sacraficial altar. All the folks at
www.Quake3world.com level editing forum and www.polycount.com forums
for being there to answer my dumb questions. Some nameless baby
for crying incessantly into a microphone for my editing pleasure.
And Beyondeath from Alliance for pestering me about the CTF version.
And if I forgot ANYONE at all, please slap me around

New Graphics : Gate textures/shaders, portal texture, Necronomicon/MA seal, and
some modification to the gothic_blocks set...more to come in final.
Got a new altar mapobject in there I made, skin by Nicodemus, and
the carpetting was done by Noko from Urban Legends! Font modelled
and skinned by me and Nicodemus. Grimoire from Dissonance by HyPer.
New Jump Pad texture modified from the ID pentagram with effects by
Arcana. Cool huh?
New Music : Desolate by Avrigus from The Secret Kingdom (www.avrigus.com)
New Sounds : Created a cool ass baby crying sound for the altar. Chanting in
Gate room by Hellchick.
DLL : No

Known Bugs : None that I know of...please let me know

This level is copyrighted (c) by no one as I did not license the Quake 3 Engine.
In the unlikely event that you actually want to use this for something, feel
free to contact me, and I will most likely be more than willing to customize
to suit your needs.

Distribute this file to yoru hearts content, I'm proud of my first effort in mapping!

You may NOT modify these files in any way. 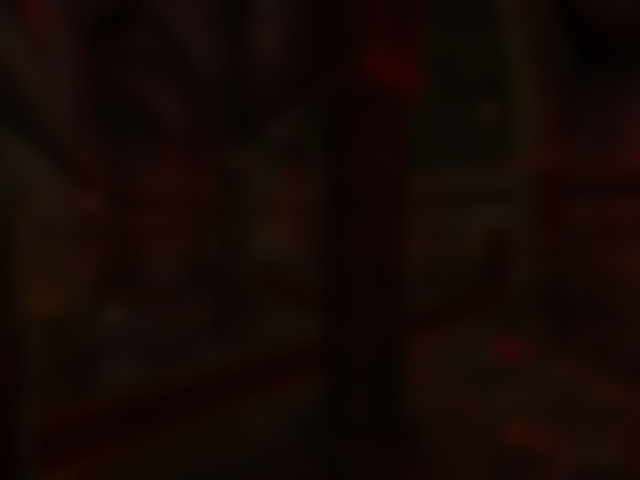