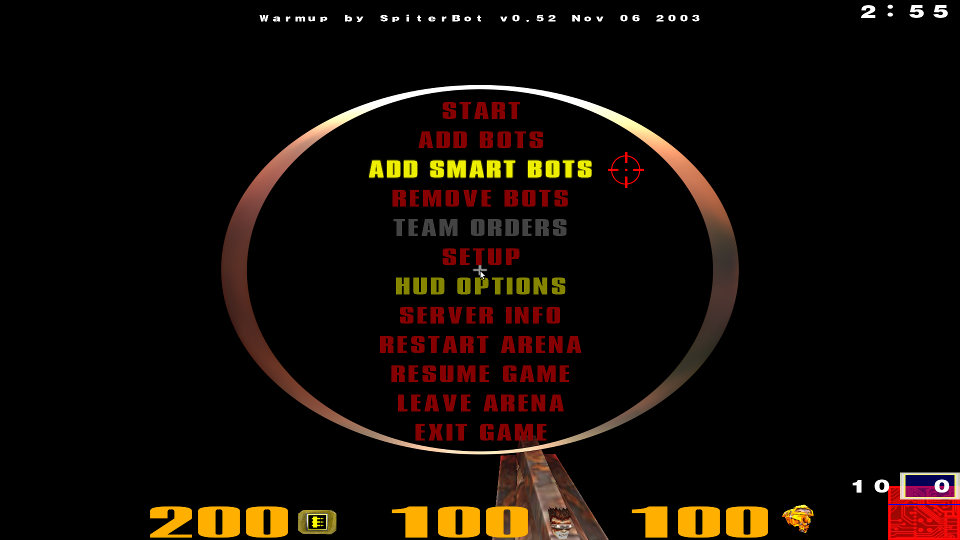 This is an old mod from 2003, but it gives the game significant life in these days of empty Q3 servers. The mod adds 5 new bots to the list, with significantly improved AI. According to the readme, bots do "rocketjump, strafing, dodge enemy projectile weapons, predict shots on invisible but audible enemies", as well as timing items and making gameplay decisions based on "their health, enemy distance, all type of sounds". Why 5 bots and not just one? Well, bots are not the same. They "master" a different weapon. There is 2PIZZA (shotgun), DANTE (plasmagun), 04KAPUK (lightgun), PYTHON (railgun), and SPITER (all of them, giving the name to the mod). The last one is to be feared!

Regarding overall aim, this can be adjusted accordingly, from 1 (totally useless) to 100 (absolutely insane). To put this in terms of standard Q3 bots, my impression is that a Nightmare's Xaero would be around 40. Combined with the extra tweaks listed above, these bots are significantly more interesting to play with and will make you a better player. It truly amazing to see a bot timing the mega health or doing a rocket jump!

The mod is inspired by OSP, which was the creme of the creme around those days. Hud, enemy colors, fancy callvotes, and other OSP features are part of the mod. You can play it VQ3 or CPM. Beside this, the mod includes a unique gametype called midair. When enabled, the only weapon you have is a rocket launcher, and, very importantly, you can only do damage when the enemy is in the air. This is solely for practising rocket aim. It is fun but also very frustrating!

Now, the original purpose of the mod was to allow offline practice for competitive gameplay. As such, it's best in Tourney mod. The readme claims to offer "perfect gameplay on the all type of duel championship maps, such as ztn, t2, t4 and dm6". Having said that, the mod is great for FFA too.

So much for the good bits. Unfortunately, there are shortcomings. First, the mod is not suited for TDM or CTF. You can load these game types but bots shoot each other (and OSP features are lost too). Useless. This is a shame since CTF is a favourite of many and standard bots are just not up to the task.

A second important shortcoming is that for about a third of all custom maps I've tried (around 100 and counting), bots stay still. They just do nothing. To me the problem is not in the mod but in the actual maps. It is long ago I used GtkRadiant for random stuff but there must be something, some invisible patch or so that help guide bots. My guess is that some maps are missing that. Anyway, at least bots play fine in two thirds of custom maps!

A third problem is with aim, which has something a bit unrealistic to it. I don't know how it actually works but I imagine the game engine calculates bot's field of vision. The problem is that good bots (say, AI above 50) shoot you as soon as some shootable part of your body enters their field of vision. No human can do that. On the bright side, this adds to the challenge, which helps to improve your skills!

A similar problem is observed with movement. Bots seem to exploit some feature of the game's engine that gives them the power of making quite unrealistic (but valid, it seems) jumps, at least for what we are used to in VQ3. In practice, you get used to this, but it is something humans would not do.

There are other minor issues. Sometimes bots fail to pick up power-ups. Also, they can see you when you have the invisibility (the reverse is not true!), rendering it useless. I imagine this is because they are optimised for competitive tourney gameplay, which has no power-ups. Also, the console seems to be giving errors all the time. I haven't explored this further but it doesn't really affect anything.

Before closing, a warning. There is no way back to normal bots once you get used to these bots! And to be honest, you shouldn't! Playing normal bots will adapt your game style to ... dumb bots. Playing smart bots will make you a better player. That might be totally pointless nowadays, but it might end up being rewarding after all.

To conclude, don't be put off by the longish list of "issues" mentioned above. This is truly a great mod, which might be able to take the game to another level of joy and fun. It did at least for me. I totally recommend it!

Bonus trivia: One of the developers ended up contributing to CPMA, which, as you might recall, also has smart bots (only in CPM though). As such, this mod is in a sense the precursor of CPMA, and as such, an unfinished product, since some bugs remain. 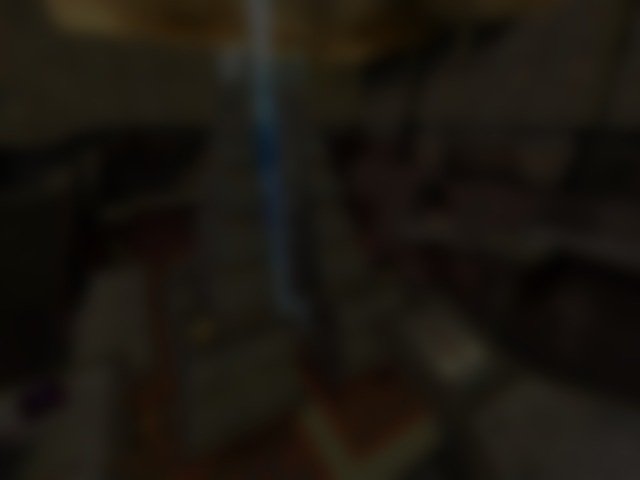