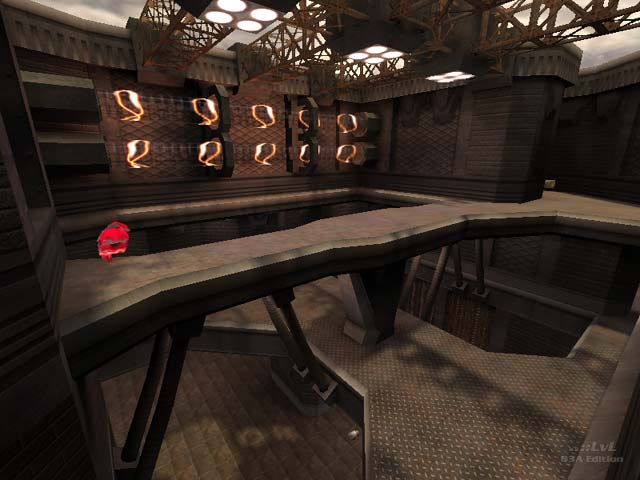 **Preview only**
Be sure to submit your comment
Submit
Preview
Cancel
Submitting comment...
RRRÕÕÕAAARRR unregistered
#17   20 Feb 2001
If I had to gripe, I'd say it was a little bit too much rust, and a little bit more variety of colour/theme would've been nice.. but for all that it plays great and the item placement is first class... the underwater section is, indeed, gorgeous! For best results, use about 7 bots/other players.

Agree (0) or Disagree (0)
*possessed*carrot unregistered
#16   08 Feb 2001
this map ownz! The r_speeds have no problem and the water is awesome. 8 ppl dm rules:)
Agree (0) or Disagree (0)
Trenox unregistered
#15   08 Feb 2001
I think rating maps like this is very difficult -it all depends on what was the primary intention: the aesthetic or the gameplay. I prefer the maps that aims against clan matches and not just free for all and i simply cant accept large underwater sections since they slow down gameplay. More than one power up? bold, but very difficult to play. Since i try mapping myself ones in a while im interestet in the subject. I would really like to hear if i anyone dissagres on these points.
Agree (0) or Disagree (0)
2ur'hatchet unregistered
#14   07 Feb 2001
this map is super-cool - can't wait to see some genuine clan-matches on it.

Agree (0) or Disagree (0)
hannibal unregistered
#13   07 Feb 2001
Love the map, except it is a bit chuggy--and for me this "seems" to be related to 1.27 sound changes--other maps of roughly this size and complexity give me absolutely no slow-downs. But I don't think there is anything Mr. Clean can do about it--pray to God the next point release cleans up the sounds instability introduced in 1.27. I love the RG in the water, inspired!
Agree (0) or Disagree (0)
Q-Fraggel unregistered
#12   05 Feb 2001
I also do not experience any probs with r_speeds.

@Khaile: You can write me a mail, I'll tell you then. mailto://q-fraggel@creutzenberg.de

Agree (0) or Disagree (0)
SSJ4_Nihilist unregistered
#11   05 Feb 2001
Love it, a bit dark in some places, a 9! His best map imho. Didn't find the map laggy with my Celeron 466,128 mb and a trusty yet powerful Riva TNT...
Agree (0) or Disagree (0)
Tigger-oN unregistered
#10   05 Feb 2001
Khaile: thanx for the heads up, also whats wrong with a simple re-direct on the old site?
Agree (0) or Disagree (0)
Dagwit unregistered
#9   05 Feb 2001
Sehlio, you just need to look a bit harder - try Omnipresent Eye (lloydmdm1) or Andronicus (q3zdm1) if you really want to know how frustrating it can be when a handsome map is laggy. With the default set of FFA bots framerates on this map weren't the best but they weren't the worst either. However, the map was prone to stuttering, and I couldn't do the megahealth jump, which I managed fine as a double-jump in the walkthrough.

But that's not the point. Bots eat into processing time and so slow the map down. It's thoughtful of Mr.Clean to give us lonely old souls bots to play on our obsolescent junk, but the hope is that this map is going to be played by humans in competition using top-end machines over a LAN. So the opinions on framerates that matter are those gathered in such circumstances.

Khaile - so can I take what you say as an admission that I'm right? (Loved cpm4, by the way - just a pity about the teleporters ;P)

Q-Fraggel: do you hang out somewhere at IRC?

Dagwit: Who cares that much about teleporters? lol ;P

Mr. Clean: Amazing r_speeds for this map. I find it too big even for 8 players, anyway :(

My only thoughts on this map were that it was unplayable. I loaded up a TDM game with bots and it just chugged. Hard. This is the only map ive seen do this, even ta maps run better. Freaky...

Agree (0) or Disagree (0)
Dagwit unregistered
#5   04 Feb 2001
In a comment recently on WaSp's map 'Davinci' (davinci) I stuck my neck out and wrote: 'No-one aiming at a consistent aesthetic should now be using [iD's teleporter] in techno maps.' Two days later Mr.Clean, one of the best and certainly the most aesthetically consistent of Q3A mappers, comes along and publishes 'Abusive Intentions' (mrcq3dm5), which not only uses the iD teleporter, but makes it look as if it had been specially designed for the map. Neck severed - cleanly, of course.

Rather than nursing my wound in silence I intend to push the brazen stump out a little further and speculate on why Mr.Clean, who used custom teleporters in his last two maps, opted for the standard iD item here (except in one place), and on why it works so well.

As to why he used it: I know there's a great determination to get this map widely accepted, and so I'm guessing that Mr.Clean decided, or his collaborators on Team Abuse advised him, that to oblige players to recognise a strange teleporter design while struggling with a large and unfamiliar map would be to put an avoidable hurdle in the path of that acceptance.

As to why it works so well, we have to look at the design of the iD teleporter, its use by iD in techno maps, and its use here.

I think that iD optimised the design of the iD teleporter - a naturally 'techno' object - so that it would not look out of place in gothic maps. The dull pewter texturing, the arching of the arms, the rigorously neutral design of the teleporter effect all help this. The 'machine' detailing on the arm texture actually blends in at any distance with gothic detailing (you can see this effect on q3dm4), while even the design of the 'here I am' sidelights echoes that of the small gothic lamp iD uses (they appear frequently together in third-party maps though not, as I recall, in any of the teleportered iD maps).

But having gothicised the teleporter so successfully iD now faced the problem of how to stop it looking out of place in techno maps. To see how they did this, look at the three techno maps q3dm10, q3dm11, and q3dm12. Notice how, in q3dm11 and q3dm12, many of the doors and passageways lean out at the bottom for a short way, then lean back in the rest of the way up, imitating the outline of the teleporter and thus unifying its design with the rest of the map. And while the square shape of the metal pipes next to the teleporter in the FoD room in q3dm12 do nothing to help, their textures do look similar enough in the FoD glow to contribute to the unifying effect.

Now look at q3dm10. No teleporter - and no design elements which lean out at the bottom and in the rest of the way up. No need to unify the design with a teleporter that isn't there. (The teleporter-friendly door design is used in q3tourney4, but there are no other teleporter-friendly elements, and I'm guessing that the door was re-used to provide unity of design with the preceding q3dm12).

So has Mr.Clean done anything in 'Abusive Intentions'to unify his design with the teleporters? Well, have a look. Do you see colours that blend well with the dull pewter of the teleporters? Do you see any design elements that lean out at the bottom for a short way, then lean back in the rest of the way up? Having been obliged to consider the question, it seems obvious to me that this map has in many details been designed around the iD teleporters. Yet, such is Mr.Clean's genius, if I hadn't asked myself why he'd chosen to use those teleporters, I would never have suspected the source of the inspiration behind such clever design.

When I'm wrong, I admit it, and my original statement was clearly wrong. I now recant, and replace it with: 'No-one aiming at a consistent aesthetic should be using iD's teleporter in techno maps unless they are willing to devote substantial design resources to harmonising the rest of the map with it.'

Agree (0) or Disagree (0)
Tigger-oN unregistered
#4   04 Feb 2001
I found a few jumps a little easier with CPM which made me think it was design with the mod in mind and the clipping issue... well, you can get caught on brushes so its a very minor problem.
Agree (0) or Disagree (0)
Mr.CleaN unregistered
#3   04 Feb 2001
a small correction...The map may play well with CPM, but was not actually designed for it. It was constructed for use in teamplay.net's Badlands TDM competition, which is being used as a testing grounds to select new TDM maps for the next QIL season. The players I was working with insisted that brushes I would normally clip NOT be clipped to give players with better movement control a slight advantage.
Agree (0) or Disagree (0)
Bill Brooks unregistered
#2   04 Feb 2001
Very cool map dam that Mr Clean he is making alot of maps look bad.

The level seems a little dark for me I just turn up bright ness a little.

We need more teamplayer maps of this quality. Go now and download.....

Great layout and really moody (a little bit too much for some). The underwater section is amazing :) 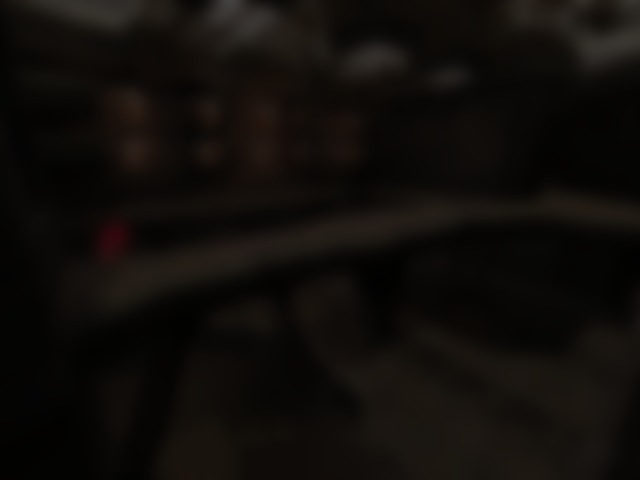