**Preview only**
Be sure to submit your comment
Submit
Preview
Cancel
Submitting comment...
Gorf unregistered
#5   19 Apr 2015
A very fun map...lots of action...how any one can call this boring is quite shocking.
Agree (1) or Disagree (0)
I_like_quake unregistered
#4   28 Feb 2011
Its an okay map for a couple of rounds, just wish power-ups spawned more often....
Agree (1) or Disagree (0)
the small moron unregistered
#3   14 Jun 2002
yes i havent played this map yet and i might never play it and its like i play all the sucky maps like clash of colors p.s NEVER NEVER NEVER download that map it sucks soo bad when i was downloading it i was bored and then i got even more bored playing that map soo downloading it is the most fun youll ever get out of that map and the map kamikaze from the map queue list is frinkin crazy you should download it just because its so crazy every 2 secs theres a blast behind you its fun for after your bored of clash of colors and you want something to do o yes and this map so fat looks cool nice screen shot and umm great name but im just bored doing nothing whats the best mod for quake3? anyone know? im trying to use q3f but i cant load any of those maps or any of the ones i download so this sucks i spent forever downloading it and 0 time playing it kinda like clash of colors its all for the download ok im gonna end my long comment about nothing at all remember DOWNLOAD KAMIKAZE FROM THE MAP QUEUE LIST ITS A FUN MAP AND I WANT SOMEONE TO PLAY IT WITH
Agree (0) or Disagree (2)
Octovus unregistered
#2   01 Sep 2001
Fun map! Reminds me of some good old games on some of the very first Q3CTF maps released...(such as Quartz's first, that one was great).

Anywho. A few issues, all pretty minor. The author (in his readme) reccomends 6 on 6, I think! Now he's entitled to an opinion, but there's a technical problem if he thinks that's a good number: Not enough spawn points. I played 3 vs 3 against bots, and even then there was a spawn kill on each team from lack of spawn points :-

Secondly, the powerups: The quad only came once every few millenia (I understand if that's intentional...though it would seem to go against the readme's theme of a fast fragfest), and the regeneration never respawned! I played a 17 minute game, so unless it has a really long timer...

Finally, I really liked having the rail come with extra ammo (considering as there's no ammo boxes on this level) since it's the most useful gun on most of this map. But I also woulda liked to see the plasmagun come with some extra shots...50 cells go real quick. Just a thought.

Despite all my nit picking, it's a great map that'll remind you just why you still play vanilla q3, or how much fun your favorite mod (which can presumably play ctf) is. A 9 from me, thanks for the memories :-) 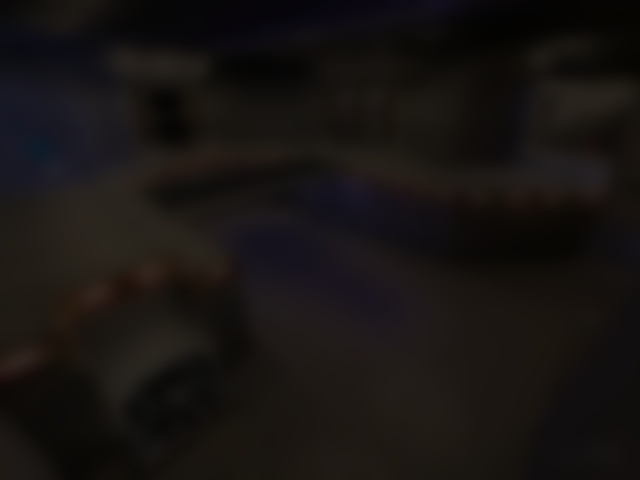