I was having a chat with cityy and we dreamed of a site where you can find all there is about Quake community and community-made content for Q1-Q4. Then it dawned on us, with an ongoing erasure of all Quake history and content being more difficult to find, maybe LvL could be the portal to unite all Quake communities into one. With a neutral name like LvL it is already looking good!

This could combine maps, mods, models, articles from the past, historical posts, wikis and more all into one site.

This would entail a lot of effort, no doubt on Tig's part, but it may grab more attention and open opportunities to for crowdfunding or other potential sources of community-backed funding to help make it worth your time Tig.

KommissarReb (SW12) Rep. 2169
#2   25 days ago
Kind of like what FileFront was? Except FileFront had web pages for many different games: Dawn of War, Doom 3, Quake 4, Jedi Knight II & Jedi Academy, Empire at War, Star Wars Battlefront, and Warcraft III to name a few.

FileFront had a Picture of the Day, Picture of The Month, Picture of The Year, Article of the Year, and a Poll that added some pizzazz. While I don't miss the tyrannical mismanagement that was rampant on that site, I really miss the community and accessibility FileFront brought to a whole list of games I'm into. Steam fills that void now for the most part, but they don't let you host custom user content for every game.

The Quake (original) community is really strong and would not need to be supported. There is Quaddicted - www.quaddicted.com/ - and func_msgboard - www.celephais.net/board/ - just to start with. There is a lot of activity for the original game.

You then have moddb - www.moddb.com/ - which seems to be able to support everything requested, then a heap more already.

For historical content there is the Internet Archive (or Way Back Machine).

Keen to hear what others think about all this.

raspatan Rep. 4064
#4   15 days ago
Planetquake was this, afaik. You can still find it online, although dead: planetquake.gamespy.com/index.html
Quake3world also has a bit of everything. www.quake3world.com/forum/portal.php
QL is kind of alive in Steam.
I'm not sure LvL can properly serve all communities the same. But it's up to them to decide. I guess this requires a more formal conversation between community leaders, to glance interest.

DaEngineer Rep. 51
#5   14 days ago
Some thoughts on that. These are all opinions, not facts, so please tear them apart. The first two are cons, the second two are ideas.

Con 1: People are reluctant to leave an established community for a budding one.

Con 2: There's a risk of watering LvL down.

LvL does one thing and does it really, really well: being 'the' hub for Quake 3 maps. There's a risk of diluting the site's essence and spreading it too thin. I think for each type of category that you create (e.g. Q2 maps, Q4 mapping tutorials) there should be a base stock of content prepared before you open the category to incentivize more people to contribute.

I think it would be valuable to explore the options that are already there but untapped. Eraser's EntityPlus mod has insane potential, but it just didn't really take off. I'm not saying this in any condescending way, as I'm part of the problem. I made some model contributions in the very beginning (the backpack and debris) and just a short while ago reworked the backpack mesh. But apart from that, I never made a single map for it.

Without wanting to speak for Eraser, from what I've read recently on q3w he'd probably even push this mod further if there'd be more interest in it. He published a new map for it recently which was really fun to play. I think with enough community power and combined efforts it would be possible to give this more attention.

I mean real attention, long lasting one. Not a 5 minute spotlight after which everyone gets back to business. There would need to be a couple good maps so people see this and think "oh wow, this actually looks like fun and something I would like to make maps for".

Idea 2: GitLab Wiki to the rescue?

It could prove difficult to convince authors of tutorials to repost their work here, because it creates redundancy. I for example have posted my mapping tutorials on my old blog that I'm no longer updating, on mappingbase.de where I also don't update them anymore and on my website, where I still rework them. The blog and mappingbase versions now have links in the very first line that link to the most recent version on my website.

I've kept everything in sync in the past, but it just became too much work to do this, so I chose one main location where to get them. Not every author has this problem and history, but I think it can be an issue.

A good start could be a well organized Wiki that links to existing resources, like for example quBit has done in Trello like he mentioned here www.quake3world.co...m/viewtopic.php

It would need to be editable by the community, so it doesn't rely on two people doing all the work. There should be some kind of quality and damage control, so making it publicly editable without vetting changes would probably be a bad idea.

It would also be useful to be able for everyone to get a local offline copy, because we might arrive at the initial problem again: things disappear over time.

A solution could be a GitLab Wiki docs.gitlab.com/ee...r/project/wiki/ The advantage of these is that they rely on Markdown files, can be cloned with git to your own computer and you can edit them locally. This makes them quite future proof, because even if GitLab disappears one day, you still have all your readable Markdown files, people can have exact copies and you are not bound to any proprietary file format.

Maybe there is a way to reproduce this workflow directly on LvL without the GitLab middleman? 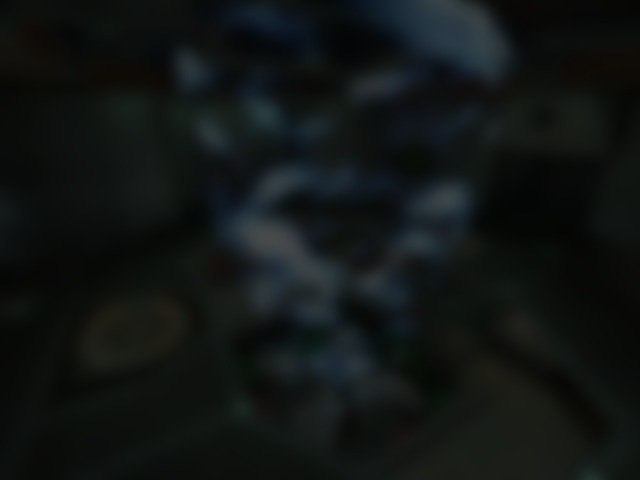