I'm trying to play maps from QL in Q3/CPMA with half-success.

I'm able to decode the pk3 so that Q3 is able to load them (quakelivedec and hex eidting the version numbers) but I face some strange texture issues, check it out here: gamepod.hu/dl/upc/...7_05_52-894.jpg

I don't care much about the missing ads, they can stay black but the colored missing textures or whatever they are are annoying.
This is after I've converted the map along with all pakXX.pk3 files.

Also, bots cannot play this map though aas files are included, I suppose this can be fixed by generating new aas files.

Any ideas how to get the exact same versions of QL maps to Q3? I have the Aerowalk QL version from here but it misses the holes under the red armor.

The missing textures from the screen shot look like a shader issue, so you will need to work out what shaders are in use and check them. My guess is there is a shader command that has changed between QL and Q3.

I don't think this causes any unseen issues.

And here is the shader issue:

I'm not much into shaders and programming, what can I do?

Vihar Rep. 80
#4   25 Jul 2014
Removing novlcollapse from shaders seemingly work in that way Q3 starts complaining about missing textures. Some of them are there but in a different format, like png instead of tga.
So I converted some I got the following result: gamepod.hu/dl/upc/...7_59_52-302.jpg

Better than the colored shader issues but definitely not right. Does this have something to do with the shader command or it has just lost the alpha channel? How can I keep transparency during conversion?

Edit: it also seems that some textures only have the same name, but they are different pictures so they will not fit anyway :S

Edited 2.23 minutes after the original posting.

CZghost Rep. 1581
#5   01 Aug 2014
Vihar: When saving TGA in Photoshop, make sure you have alpha channel separated as a fourth channel besides Red, Green and Blue channels. Not transparent layer, which should be locked opaque background (PNG stays out of transparent layer, which is color combined with alpha baked in the layer). You can make the transparent that black by making background color selection black and flattening the layer (but select alpha of the layer first and make new channel). Then save it as TGA with Channels enabled. That way you will come out with working TGA with alpha channel. However, you don't need to convert PNG to TGA as IOquake3 supports for PNG format as well as OGG library. If you don't have Photoshop, but you own copy of Gimp, you can transfer alpha channel of the layer to mask (not copy, but move), which makes the color layer opaque and mask works like alpha channel. This should be saved as TGA and it will work just the same as Photoshop convert I described you higher.

Do not take a care about textures looking, if you want to play QuakeLive version of Aerowalk in Quake3 (CPM). Also, why you need to convert QL map to Q3 when the Q3 version is already available right here on LvL? And I'm sure Aerowalk is available right in CPM installation, the original version not touched by id Software. Lol

The reason I'd like to convert maps is that the Q3 versions are different. Eg. Aerowalk misses either the holes under RA or the ledge at top of RA stairs. Toxicity has smaller crates and it even misses one at RA. I did not find Cure and Fuse for Q3 at all. Fuse cannot be played at all as it says no such map.

CZghost Rep. 1581
#7   03 Aug 2014
Well, if you take it that way, but do not forget that Quake 3 has another physics than Quake Live and what is not steppadle in Q3, it would be in QL. Also make sure, there aren't items that are not introduced in VQ3 (such Prox. Miner, Chaingun, Nailgun and their ammos, Kamikaze, Invulnerability, Runes - Armor (Ammo) Regen, Scout, Doubler, Guard [Team Arena items], Green Armor [CPMA item]) If these items are introduced, you should make decompile and rearrange textures like in the original QL map (and remove ads, or make them stolen, ad borders, but ad nowhere; if there is caulk behind, fill it by the texture around). The biggest problem is Team Arena items and Green Armor in one map (For example Base Siege, which was first made for Team Arena release). Team Arena items have bigger price than Green Armor, so if you see Green Armor somewhere and in that map are also Team Arena items, just delete the Green Armor, or change it by five Armor Shards, which will give you the same value (25). If you will see Green Armor, and nowhere in map are Team Arena items, you can keep it there and make that map require CPMA installed. If you do not care about items and textures functionality, then remember that what you can jump over in QL, it do not have to be jumpable in Q3. CPMA physics are much closer to QL, so I will recommend you to play converted maps in that. Also, you can make a fork that include also Team Arena assets, and you will get something similar to earlier versions of QL (with BSP version 46, however). Do not hexedit maps from v47 to v46 as there will be still included QL advertisement lump, which can cause bugs in Q3.

EmileyBonnett Rep. 0
#9   23 Dec 2015
If you don't have Photoshop, but you own copy of Gimp, you can transfer alpha channel of the layer to mask (not copy, but move), which makes the color layer opaque and mask works like alpha channel. This should be saved as TGA and it will work just the same as Photoshop convert I described you higher.

EmileyBonnett Rep. 0
#10   23 Dec 2015
Don't care much about the missing ads, they can stay black but the colored missing textures or whatever they are are annoying. This is after I've converted the map along with all pakXX.pk3 files.

Edited 30 seconds after the original posting.

Colton Rep. 329
#14   05 Mar 2016
I was wanting to use the blue version of The Campgrounds for recreating "The Campgrounds: Intel Edition" by id Software/Intel. I have the original map itself, its levelshot, & its textures, just I need a few models/shaders, like the fan for the jump pads, or the various Intel logos all over the place.

Edited 7.68 minutes after the original posting. 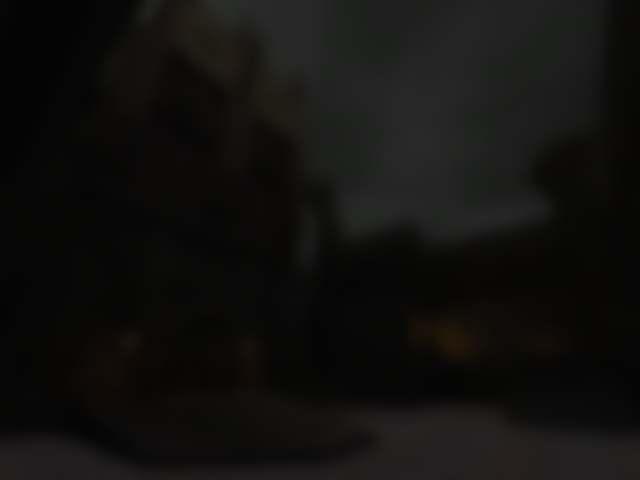