I like this feature. It's a big time saver, at least on PC.

I know how to make custom maps and know how to use Autodesk Softimage 7.5, but I've never made models with Blender or attempted to make custom mods for Q3A yet. I could start learning now that all this talk about this is getting me motivated, though I personally would want to make a Warhammer 40k mod since W40k lacks a good FPS (seriously, Fire Warrior could easily have been made better).

If you know how to make your own mods, do you think you could show us a tutorial that is good on helping aspiring modders on how to begin? I'm looking at this one gregs-blog.com/200...ke-3-arena-mod/, but don't know if I should use Greg's "managed C++ .NET port with VS 2008 project files" or the original Id Software code with VS 2003 project files.
Edited 11.88 minutes after the original posting.

I have some ideas but I'm not certain if all of them can be implemented.
Implementations
-Shields and Armor system with weapons that have strengths and weaknesses to them like a "Rock, Paper, Scissors" system. Phased Polaron Beams ignore shields, Shard Cannons (shoot powerful crystals) ignore armor, and maybe some weapons that ignore both but have a long reload time and have little ammo. I was making a FPS in Unreal Engine 4 with this idea but lost my motivation working on it last Spring.

-NPC's like in Star Wars Jedi Academy. HUNT mod has monsters that spawn in Co-Op modes and UT2004 has Invasion mode, but I'd like to be able to spawn friendly, hostile, and neutral NPC's like in Jedi Academy when I'm just messing around having fun (would be really fun in one of my custom maps). Would like to have more monster options than just the ones featured in HUNT, maybe a monster that uses a weapon of the player's choosing via options?

-Another game for CTF maps where instead of a flag it'd be similar to Overload from Team Arena that replaces the flags with a structure each team has to protect. Maybe make it so when destroyed it explodes like a Kamikaze from TA?

-Piggyback on the HUNT mod how they have the monster launcher in non-coop modes, but make it so you can spawn other kinds of monsters like Guards and Titans for maximum hilarity!

-Vehicles that replace certain items (maybe of the players choosing as a menu option). Annihilation had motorcycles and turrets, so I know Q3A can handle vehicles.

-Weather mode; Annihilation had a menu option that made it so it either had clear weather, was raining, or snowing. The rain in that mod actually impacted on the surface, which was cool except the water oozed rather than fell realistically (think the storm ability from SuperHeroes Arena)
-Team Fortress Co-Op like in Quake 1. Think Hunt's STU mode but with TF's classes. Maybe that's too much? IDK.
Weapons
-Bolters from Warhammer 40,000 (fire explosive rounds) or lasguns (photon laser rifles)
-Phased Polaron Beams from Star Trek (shoot blue beams that can ignore shields)
-Crystalline Weapons from Space Empires (ignore armor)
-Lightsabers from Star Wars (weapon that can melt through metal and deflect plasma bolts)
-Blasters from Star Wars
-Phasers from Star Trek
-Psychic or Magic powers

If I knew how to make mods for Quake 3, I wouldn't bother asking anyone else to do it. Now that I know how to make maps of my own, I no longer bug other people about my custom map ideas when I can do them myself.

Go to post
97 days : In Best Quake III mods of all time

Be sure to submit reviews for your favorite mods, as there are a lot listed here: lvlworld.com/mods If you click on most of them you'll see they don't have a very thorough description yet. If you click on a mod that isn't reviewed yet, you can click on the "submit one" hyperlink so you can review a mod the way you normally would review a map.

Here's where you can download the Hunt Mod www.lonebullet.com...-free-37111.htm When you download it it's a .rar file so you'll need a program like 7-Zip to open it.

I'd love to see the latest version of the Hunt mod added (latest version has orange monster blood instead of green and has the Titan monster). I can upload it to my Dropbox if you don't have it.

Super Heroes Arena 3, Rune, PA Ursurper, Niflheim, and Sidrial are also fun to play. But If I had to choose just one of all the ones I mentioned to be added, it would be the Hunt mod hands-down.

Similar deal here. I have two jobs; one retail, the other inside a fulfillment center. The store I work at closed last week and won't open until April 3, whereas I can go to work at my other job because I have an "essential logistics worker" paper I keep in my car.

The state I live in allows me to go out and buy things, though some stores and restaurants are either closed or features like sitting at tables at Pizza Hut are currently unavailable. Some states like New York put a quarantine prohibiting people from leaving their homes at all, however our President wants to get everyone back to work within a week or two so we can recover our economy. The stock market has been a roller coaster all week long.

I have a bad habit of getting ideas for custom content to make before losing interest in it until months (or years) later. Though people encouraging me as well as feeling upbeat helps me get back to doing it.
Edited 1.95 minutes after the original posting.

The only one I know of is Tribal CTF. (www.gamewatcher.co...al-ctf-beta-mod and www.esreality.com/...-tribal-ctf-le/) It's a total conversion mod from 2001 that adds a third team (green IIRC) and only has one map that supports a third faction.

Unfortunately I can't seem to get it to work on my laptop anymore (said Z_Malloc: failed on allocation of 30608 bytes from the main zone) and I think I recall trying the mod out and either bots weren't re-scripted for the mod or if the map lacked an .aas file. It's a shame because it was such an original concept to me. 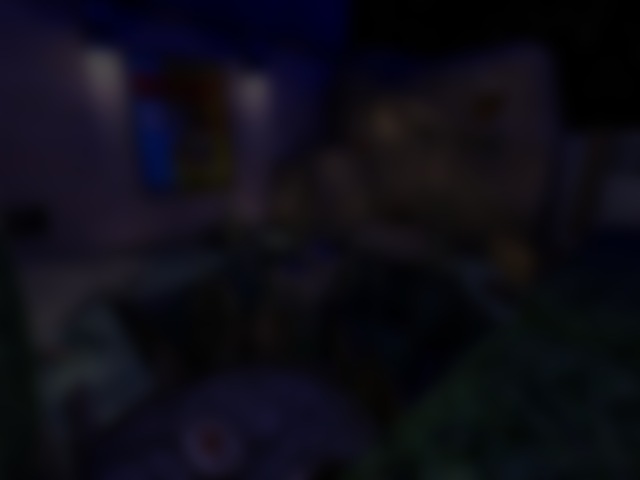